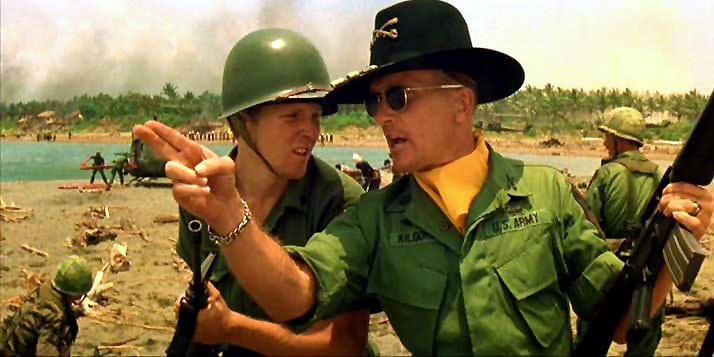 Mark: You either surf or you fight.

Pete: Your mission is to proceed up the Cuyahoga River in a Navy patrol boat. Pick up the Don’s path at Avon, follow it and learn what you can along the way. When you find the Don, infiltrate his team by whatever means available and terminate the Don’s command.
Ryan: Terminate the Don?
Vic: He’s out there operating without any decent restraint, totally beyond the pale of any acceptable human conduct. And he is still in the field commanding douche bags.
Mark: Terminate with extreme prejudice.
Pete: You understand Ryan that this mission does not exist, nor will it ever exist.